A friendly country in the Balkans: Kosovo

2020 has been a difficult year for Kosovo in many dimensions. First, the country, like the rest of the world, faced the Covid-19 pandemic. And then, in the midst of the pandemic, it was rocked by a political crisis as a result of the overthrow of the government. In fact, for the first time in its political history, Kosovo had replaced two governments led by different political parties for a period. As if that wasn’t enough, he faced an economic crisis aggravated by the government’s failure to pass a bill on economic recovery.

Regarding the pandemic, Kosovo has seen an almost exponential increase in the number of people infected with COVID-19 in recent days, thus overloading the country’s already fragile health system. In the first week of December alone, about 4,000 people were registered as infected with coronavirus, and there were also a relatively high number of victims. Lindita Ajvazaj-Berisha, director of the Infectious Diseases Clinic in Pristina, said there are about 400 Coronavirus patients at the University of Kosovo’s Central Clinics, of which about 10% are in critical condition. The number of people admitted to infectious disease clinics in hospitals is large, and authorities have increased medical staff to help treat patients. Current Kosovo Prime Minister Avdullah Hoti announced that only about 100 beds remain for people infected with coronavirus out of the total number of beds at the University of Kosovo Clinical Centre and regional hospitals. The two main factors for the increase in numbers are the lack of compliance with citizens ‘ measures, as well as the lack of supervision and control by the state. This is an important issue and should this be the focus of the response, not to mention the latest WHO / ECDC recommendations.

Economists, meanwhile, say closing businesses once again would be fatal for Kosovo’s fragile economy, often demanding the lifting of restrictions on freedom of movement. According to economic experts, the economy in Kosovo will decline by 4.5 per cent in 2020, followed by an increased return in 2021, according to forecasts from local and international institutions. The explosion of COVID-19 and its measurement of the need for restraint it puts unprecedented pressure on investment, private consumption, as well as exports and remittances from non-proliferation. Consumption could return as the economy recovers, while service exports and investment will take longer to recover. In this context, public revenues will be significantly reduced.

Kosovo has some fiscal space to mitigate the effects of the pandemic, although it is currently limited by the simultaneous increase in current spending, as it has entered a crisis with some fiscal scope (high state deposits, relatively low public debt). However, prolonging the pandemic and deterrent measures could lead to deeper recession and greater revenue deficits, further limiting fiscal space for policy intervention. In addition to the overall deferral of tax payments, the incumbent government acted quickly and announced an emergency response package that included about 2.8 percent of GDP to support affected citizens, businesses and professions. Adequate targeting in delivering the package to those most in need remains crucial to reducing the immediate impact on the economy, poverty and society. If the crisis lasts longer, it will be important to save some fiscal space to be able to provide additional support when necessary and to support the necessary economic recovery later.

The World Bank is finalising a programme of activities that could exceed 120m euros to support Kosovo in managing and mitigating the impact of COVID-19.

There is a growing influx of citizens in the squares of Kosovo’s capital, Pristina, who enjoy the lighting of the centre and take photos along with the decorations placed there. “Wait in the Square “(New Year) is one of the messages placed as a previously ordered decor, according to municipal officials, and will soon be replaced with” wait at home ” due to the pandemic. Earlier, Pristina Mayor Shpend Ahmeti had posted a poll on his social networks asking citizens to vote for or oppose the city’s decoration. In the survey, which was attended by more than 3 thousand participants, the majority were in favor of decorating the squares.

However, in rural areas the situation is significantly different. In many other facilities, including houses, shops or villages, streets are not decorated with lights, although they remain for a few days until the new year. In the village of Bresana in Opoja, in the Southwestern region of Kosovo, the new year was not celebrated. The inhabitants of this village do not prefer to celebrate the new year in accordance with the orders of the Islamic faith. You won’t even find alcohol in the shops of this village. The tradition of not celebrating the change of seasons is explained by Subhi Tusuni’s post-war developments in 1980. He says most of the village no longer celebrates the new year.

Due to measures against Coronavirus, Kosovo citizens are unable to move at night. Currently, with the restriction of citizens’ movement throughout the country and the activity of bars and restaurants closed from 22:00 to 06:00, citizens can only enjoy the holiday atmosphere using the time before the restrictions. 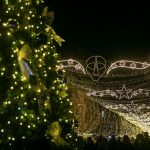 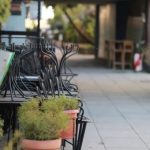 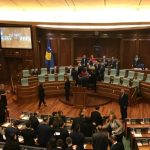 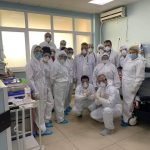