“I Wrote A Brave And Daring Novel!”

Birol Inan is meeting readers with his new novel, he knew I wasn’t going back. We are faced with a novel that is bold, strong, remarkable for its character and events. We talked about the writers’ novel, Love, fiction that meets reality.

My heart Pera was very much loved, and readers were waiting for a new novel from you. Fortunately, you are a productive writer, and you are in front of readers with your latest novel. How being away from the center affects your writing, to what extent Bodrum is important to your writing, let’s start here.

How do I put it, where do I start?  Basement Basement… Emotion is a bit of emotion… It’s been almost forty years since MFO made the most beautiful Bodrum song ever, but Bodrum continues to inspire, count.

During the pandemic, when most writers abandoned their novels, you were thoroughly buried, and today we have a new novel, I knew I wouldn’t return. How did you manage to keep your motivation alive during this difficult period?

The pandemic came at the same time as the economic and social collapse in our country. Boredom wherever you look, depression, unhappiness, chaos wherever you open the channel. In the process, millions of workers were left unemployed. The tradesman is crying blood. Thousands of people lost their lives.  We have witnessed the heroic stories of health workers and have a better understanding of their importance. I dedicated it to the music workers and heroic health workers who lost their lives. Even if you lived in Bodrum, it would be better for my soul to return to the novel, to spend time with the heroes I created. And before I knew how, my novel was complete in the process.

Let’s get to the details, between the lines, of what I knew I wasn’t going back. His character is abundant, his excitement and adventure are high, and of course we are faced with a novel in which love is in the lead role. I’d like to hear the story of the novel from you, how did the idea come about, how did the writing phase go?

70s, 80’s, 90s Turkish Folk Music Recep Kaymak, Shakir Öner Günhan, Sevim Seçkin, such as important artists have been neighbors for many years. Their memories, the atmosphere of the time they lived in, are unusual for normal people. Would not avoid. I’d say the ball fell in front of me.

It stars the talented Turan. He has the power to change his fate, transform, and is forced to leave the land where he was born from a love affair at a very young age. On the one hand, this forced migration is turning into one of his most important decisions that has changed his life.

How did you create your character, do you have a Turan in real life?

In the creation of the character of Turan Demir, Mr. Recep Kaymak had a great influence. The stories they told were stories of an era I had never witnessed in person. Although he left the scenes years ago, he has a terrific throat, an extraordinarily strong voice. A tenor. Once, he challenged the speakers I turned on to the end of his voice and pressed the famous tenor singing with his voice. A person who is disciplined and ambitious enough to be amazed. It was impossible not to be impressed. But the plot in the novel, The Story, is completely my imagination. I read what I wrote to him to make it more realistic. He looked at my face surprised.

“We’re diametrically opposed to the character I created.”

Turan’s head is always in trouble with women, he loves love, he loves lovers, and he swims in dangerous waters. To what extent do the writer and the character look alike?

We’re nothing alike. We’re diametrically opposed characters. The reader who reads the novel carefully will see Turan running away from love, even marveling at those in love. He’s the one who says,’ what’s the point of taking a rusty nail into my life?’ ’ I like belly dancers, ‘ she says.

Between the lines of the novel, there are very important clues to Turkey, problems that we cannot solve, micro-powers. Did you plan to give social messages when you were writing the novel, or did the story bring messages on its own?

I can give a clear answer to your question: I am a storyteller; I have never had any intention of giving or teaching any message, and as a writer I am careful not to do so. I’m born to an immigrant mother and a Black Sea father. For someone who has never lived there, it has never been easy to write the East, the East man. “I Wrote A Brave And Daring Novel!”

If I acted in a language, please forgive my friends from Diyarbakir. I’m also very interested in how I will react. I tried to tell a story about a period.  I wrote about Diyarbakir in the multicultural, multi-social 60s, 70s with urban legends. Like a fairy tale. There are oriental human emotions in the story. As people migrated from villages to cities, from East to West, from country to country, social textures were mixed and blended. In cities, human landscapes changed after 1950. At the root of many unresolved problems today is this change, transformation. He knew I wasn’t going to come back from this period with my eyes, my tongue, my pen, a look, a nice story. I think even readers who don’t live in those days will find a trace of their lives in the novel.

I don’t want to give too many clues to readers who will read knew I wouldn’t return, but we see in the novel that love can completely change a person, turn them into a new person. Do you really believe in love to this degree, can love really change a person completely?

If you change, if you change, you can fall in love. Love already means transformation to me. A mixed, wrinkled, incomprehensible state of chemistry. My novel characters are living, breathing, feeling beings. As the story progresses, they also transform and change. If Turan Demir, Hatice did not love him to death, would he have turned and his rock-hard character against Love would have been small, do you think he could have turned and fallen in love with Ayda?

I also liked the novel because it reminded me of most folk songs, songs that most of us forgot, but were our Chief Crown. What did you listen to when you wrote the novel, How did you feed yourself musically?

I worked a lot. I read two volumes of opera books, talked to my esteemed opera artist friends such as Aylin Odabaşı, Çağrı Köktekin. I listened to and internalized all the tracks in the novel. As I listened to my son Mohammad my baby from Sevim Elitkin, my roman character Bibi was in front of me in the flesh. Recep Kaymak sang the folk songs of the yellow bride and Suzan Suzi as if it were Turan Demir.

“I started working on his new novel.”

You’re a writer who likes fairs, reader meetings. After my heart Pera was published, there were beautiful signatures. As if it will not be possible to meet one-on-one with the reader during this period. How do you evaluate this new environment as a writer? Can virtual meetings replace physical meetings? Are the days of writing and reading waiting for us without festivals, without fairs?

These days will pass. I think, as in every case, the pandemic will be forgotten, and we will meet with our readers. I’m one of those who thinks it won’t be too long. As soon as the pandemic scourge arrives, it will suddenly disappear, and we will all be surprised. I don’t know if any of us will miss him.

I know that during the pandemic period, you also started getting notes on your next book. Can you give readers a hint, which novel is next, what kind of adventure is it?

I have a hero I haven’t named yet. He’s slowly becoming flesh and blood. He’s a dim personality in his early thirties and spends a lot of time at the computer. He has a system of thinking poisoned by a social media algorithm, and in real life he is extremely distant and shy towards the opposite sex, namely women. But it’s happening on social media. Should I not tell you the rest? 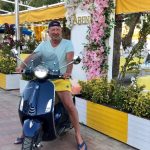 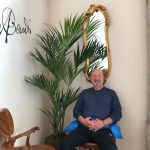 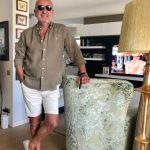 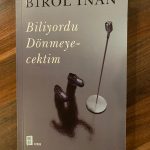 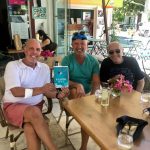