Nice, I celebrate this special day of my journalist friends who work in this profession, hoping that the days will come when we can think and write freely.

Building on the meaning and importance of the day, I considered it necessary to write the present and recent history of the press in our country for our magazine. Because as a living witness who lived in the 70s, 80s, 90s and 2000s, I wanted to compare journalism that was done then and now.

The late 70s were the last years of. I started this profession as a young journalist candidate, a graduate of the Graduate School of journalism. I began to serve in an environment of anarchy. But even those years, we were doing or trying to do journalism freely.

My first business experience was at the last Havadis Newspaper. In those years, big names in newspapers were writing and making news. For example, our representative in Ankara was Mehmet Muhsinoglu. I started the profession using his discipline and experience. In the bureau, there were experienced journalists such as Can Pulak, Fethi Akkoc, the late Cenk Koray, Kancan consultant, known for their jokes, and they told us about the principles of the journalism profession. They said, ‘You will not be a servant of anyone, you will not be pro-power, you will not write false news, your place of one side will be with the people, you will make your news for the people, with the people and in the name of the people.’ I have never forgotten these principles in my forty years of journalism.

Dear readers, despite all the turmoil the country was in at the time, the press was free. News was made without fear of anyone. The political leaders of the era were very tolerant and Democratic.There were politicians such as Suleyman Demirel, CHP leader Bulent Ecevit, Turgut Ozal, the powerful name of the revolution after the revolution, Necmettin Erbakan, the leader of the MSP, known for his wittedance, who came to power 7 times and left power 8 times. The day did not pass so that there would be heavy, political criticism of them. Or don’t have a cartoon about them in cartoon magazines. Political leaders of the era, despite everything, protected and protected the press. But if there were serious insults of a criminal nature, criminal proceedings would be initiated. For example, I, as a journalist for forty years, have never once appeared before a prosecutor and a judge. I wasn’t invited to the station because of a story. I have also written articles against the parties and their leaders from time to time. But none of them thought about opening an investigation. In the 80s and 90s, the country was ruled by almost the same parties and their leaders. Freedom of the press was strong. We wrote our articles freely and drew our cartoons. It was only during the 1980 coup that freedom of the press was disrupted. Newspapers were closed and journalists were easily thrown in. Almost no publications and articles appeared without the approval of the council created under the chairmanship of Kenan Evren. At the time of the coup, I was working for the best-selling newspaper in Turkey, The Günaydın newspaper.

In the 90s, anarchy ended, especially when the country was in economic difficulties, but this time the PKK terror came out. No one touched the freedom of the press. Newspapers, writers and illustrators continued to freely write their articles and draw their cartoons. There have been assassinations of some journalists and politicians. We did not write false news, we did not slander it, we were careful to do document-based reporting as much as possible. There was no attention-seeking pressure from political parties and leaders.

In the 2000s, however, the situation changed. The power of the AK Party came to a head. In the first 6 years of AK Party power, we did journalism like in the 70s, 80s and 90s. Everyone kept writing and drawing their caricatures freely. However, what happened was next; freedom of the press suddenly changed direction. We met with the Pro-and anti-press that we didn’t know about. The principles of the press taught to our generations were left to one side, and a completely different press Army emerged. As a journalist who lived in such an environment until the end of the 70s, 80s, 90s, that freedom of the press, he said, “Those were the good old days!” I can’t stop saying. I hope and believe that we will be reunited with this libertarian Press environment. 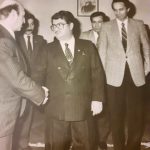 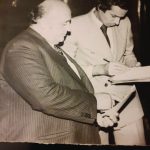 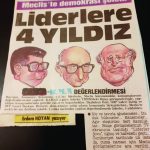 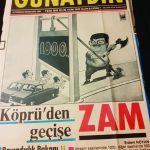 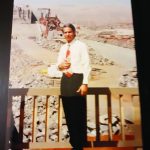 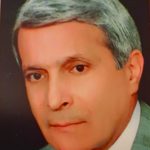