An online series of seminars on journalism in war was completed within the scope of the project “Media Volunteers-145” organized by the Global Journalism Council (GJC) for students of the Journalism department of Baku State University of Azerbaijan.

26 students attended the seminars. Global Journalism Council President Mehmet Ali Dim, Project Manager Elşad Eyvazlı, BSU Faculty of Journalism Dean Vugar Zifaroğlu and Vice Dean Samir Mirzayev also attended the final of the seminar. The moderator of the online meeting, Samir Mirzayev, greeted the participants and emphasized the importance of education and gave the floor to the dean of the Faculty of Journalism, Vugar Zifaroglu. He gave information about the work done in the last four years to train students in the field of journalism in case of war at the Faculty of Journalism. As part of the “media volunteers – 145” project, various interesting trainings will be organized to support the development of students as professional journalists. GJC President Mehmet Ali Dim, stating that journalism in case of war is a very important and sensitive area, emphasized the importance of journalists’ interest in this area. He said the council would always support work in this area.
Irfan Sapmaz, world-famous war correspondent and GJC Washington DC representative who attended the meeting as an instructor, shared his knowledge and experiences with Azerbaijani students. In the 1990s, Kalbajar stated that he worked as a war correspondent in many hot spots around the world, including the Shusha, Lachin and Zangilan regions. Irfan Sapmaz explained the differences between the 1. Karabakh War and the September 27-November 10 Patriotic War in the context of the media and answered the questions of the students.
As a result, GJC Foreign Media Assembly Chairman Elshad Eyvazli stressed that the “Media Volunteers – 145” project is a successful project. He said such training would continue as part of the project.
The students thanked the council, stating that they were happy with all 3 seminars.
Students who successfully completed the seminar were also awarded training certificates of the Global Journalism Council. Students who are also active in the Media Volunteers-145 project will also have the opportunity to practice studying journalism abroad. 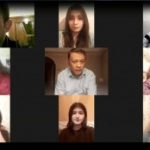 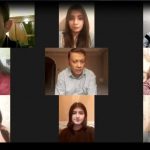 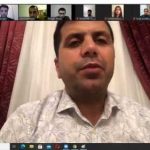 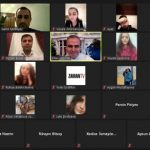 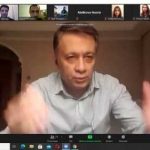 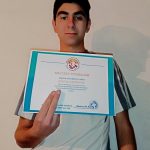 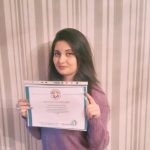 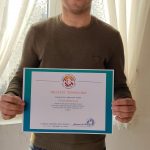 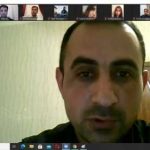 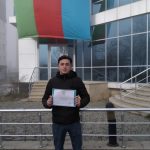 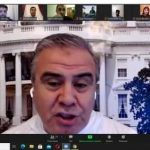 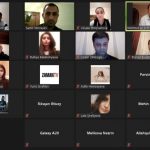